Made from high-quality birch plywood.

Foil comes from the old French word for leaf. In design, a foil is a leaf-like shape created by overlapping circles of the same diameter. Foils are described by their number of lobes. Three lobes is known as a trefoil, four is a quatrefoil, five is a cinquefoil, six is a sexfoil, and eight is an octofoil. A larger number of lobes is usually referred to as a multifoil.

In Mesoamerica, quatrefoils symbolized the cosmic central axis and the passageway between the celestial and the underworld. Throughout the Renaissance and Gothic periods, churches and cathedrals used trefoils as a symbol of the Holy Trinity and quatrefoils to represent the four Evangelists Matthew, Mark, Luke, and John. The cinquefoil is often associated with strength, power, honor, and loyalty. The five-petalled plant Potentilla, also known as cinquefoil, is a medicinal plant and associated with good health. In Roman times, the cinquefoil was a symbol of womanhood, and natural beauty. Christians associate the cinquefoil with Mary and maternal love. Multifoils are characteristic of Islamic architecture, and particularly the architecture of the Moors found in Spain and Morocco.

Foils are drawn by first creating a curve, usually a circle or an arc. Division points are created on the curve with the number of points indicating the final number of lobes. Equally sized circles are then created on each of the division points. The final geometry can be highlighted to reveal the foil with construction geometry left lightly in the background.

Variation to lobes can be introduced by rounding or pointing. Arches would be then called a rounded trefoil arch or a pointed cinquefoil arch. 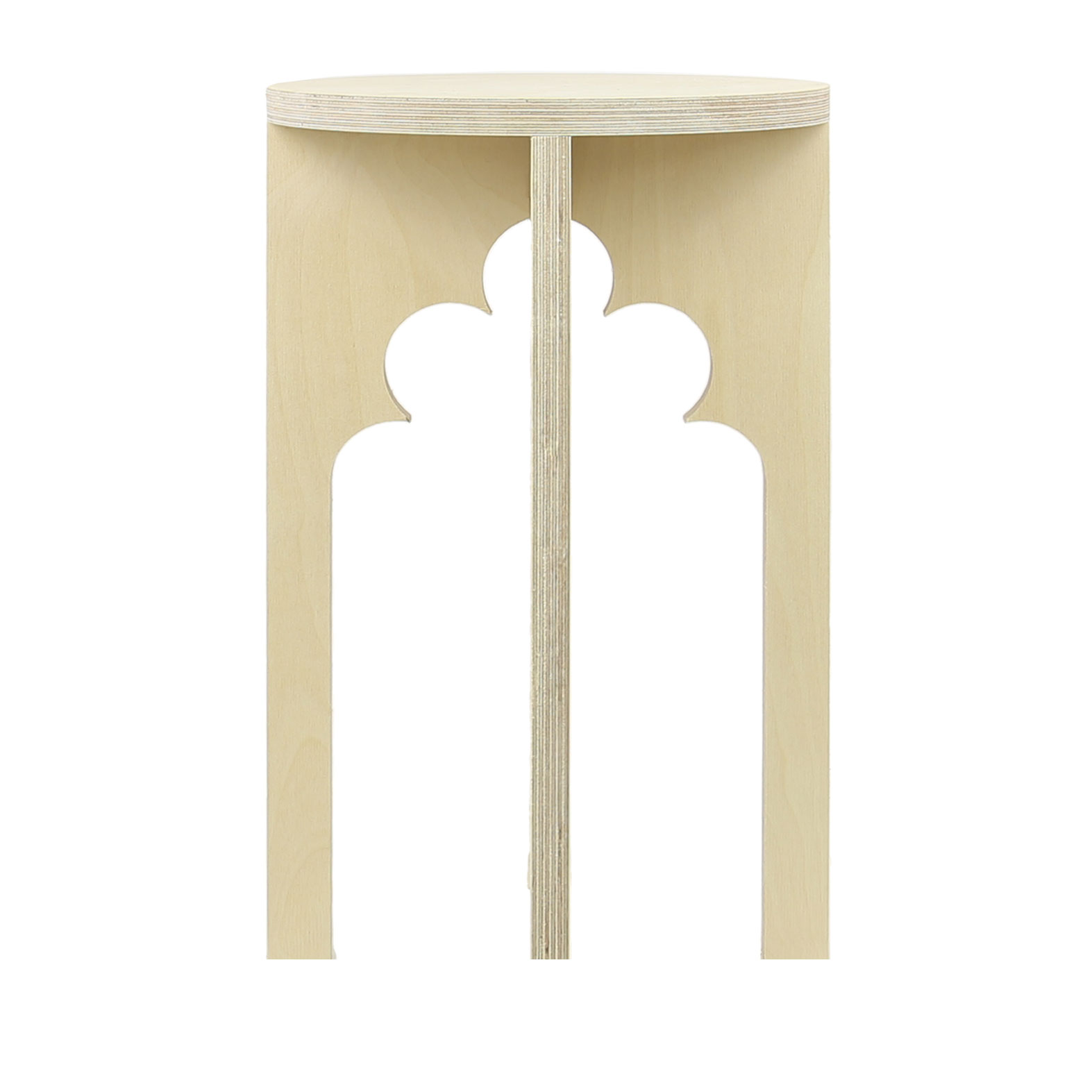 Arches were first used to construct underground tunnels, drainage systems, and to span over windows and doorways. These arches could only support small openings as ancient walls were extremely heavy. Pointed arches were different. They allowed for thinner walls to be constructed due to vertical structural loads being carried more efficiently to the ground. Lighter walls meant more windows that could be taller and wider. Indoor spaces subsequently changed from being very dark to very bright. Arches became more decorative over time as structural concerns were easier to overcome. The thirty-two arches in this collections span thousands of years on all continents. You can easily find several types of arch walking around any major city. Arches provided an essential stepping stone in creating the world we live in today.

More from the Arch Series